“My XBOX ONE keeps randomly turning on or powering on by itself”, this happened to me many times now, to be clear, the Xbox is NOT set to the “Instant On Mode”, it is in fact set to the power saver mode, which is supposed to fully shut down the Xbox One and NOT run any updates of any kind in the background. Also there is no Kinect device plugged in to the Xbox One, I have even gone so far as to remove the batteries from my controllers on the off chance one of them was sending signals to the console without my knowing.

I think it may have started when I connected some external HDDs to my Xbox One for additional storage. Although that is just a theory that the HDDs might have something to do with it. To reiterate, my Xbox One is set to be fully turned off and no background updates are allowed to be applied. Also there are no other devices connected to it, except for the controllers of course and yet, is has randomly turned on by itself a number of times over the past few months.,/p>

Now you might be wondering “if I don’t fix the problems where my XBOX ONE keeps turning on by itself, what are the risks?”

There are a few risks, to name a few, some of them might be:

Here is a link to the power bar/surge protector I purchased from A-Power Computers https://a-power.com/product/apc-essential-surgearrest-pe6u2-6-outlets-2-usb-charging-ports-6ft-cord-120v-pe/ ,it does the job very well and it also has a couple USB power ports to charge up your larger mobile devices, such as iPad, Android Tablets or Windows Surface tablets. I have also added a picture of the power bar to make it easier for you to ensure you get the same one I used. I have been using this Power Bar since February 2017 and its working great. 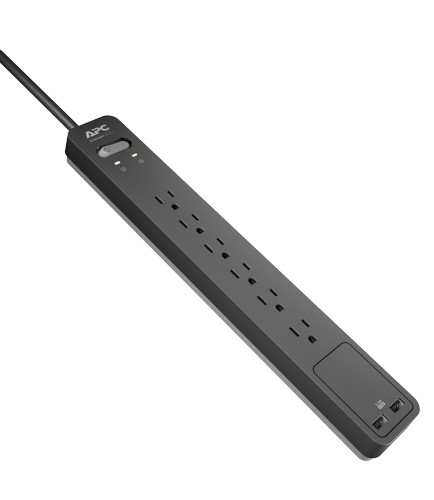 I spoke with a fantastic rep at A-power Computers, he was great, very knowledgeable and made the whole purchase and delivery process easy for me. I have pasted his contact info below:

I hope this helps someone out there. Cheers

At Roadrunner I.T. Solutions we can help you solve all your Xbox One Problems. So give us a call, or fill out our Contact Us form to get started on fixing those problems today.
Google Online Reviews           Canpages Reviews

What our clients say about us

Frank really helped me out when I was in a jam. Fast friendly and courteous service, time is money in business and he got me up and running quickly.

Frank Remenik of Roadrunner IT Solutions has been invaluable to me as a business owner needing to set up, update, and maintain my computer and networking aspects to run my company effectively. I am grateful that I hired Frank who tirelessly, patiently, and efficiently worked and assisted me with sourcing out various options in dealing with my computer issues. Not only does he “do” what is needed but he goes beyond that, he explains and teaches the what and why of computers, networks, iPhones… END_OF_DOCUMENT_TOKEN_TO_BE_REPLACED

Frank, at Roadrunner IT Solutions, pays particular attention to detail, and understands whatever computer issue is at hand. He provides a prompt, thorough computer service and takes the time to clearly explain everything before and after the issue. In particular, our law firm required immediate assistance to an issue wherein Frank supported us remotely and provided us with an immediate solution before attending on-site to ensure it wouldn’t occur again. Frank has consistently exceeded my expec… END_OF_DOCUMENT_TOKEN_TO_BE_REPLACED

We have used Frank Remenik’s services as an IT consultant for on-site support services, network consulting, backup support/installations, and system integration. He provides an excellent, thorough service and delivers on time. From managing our Exchange server to dealing with new equipment acquisitions, setup and maintenance, Frank is always quick to respond, friendly and efficient. Highly recommended.

Frank was suggested to us as an alternative to our then computer tech, as Frank was highly recommended by another business person; we decided to get Frank to do some work for us at our Non-Profit Housing Society, the Burquitlam Senior Housing Society in Coquitlam, BC. Since then, Frank has done all our work and according to the management at our Society, Frank has become the absolute go-to-guy for any computer related issues. If the issue is not in Frank’s realm of expertise, he has brought his … END_OF_DOCUMENT_TOKEN_TO_BE_REPLACED

Frank Remenik at Roadrunner I.T. Solutions has been our IT representative for the past three years. Frank is always very pleasant when he arrives at our site. He asks questions regarding our particular needs and/or problems. Frank analyzes our situation and is quick to offer solutions. His suggestions are always very cost effective, which we appreciate. Frank’s response time to emails and phone calls is excellent and very quick. If possible, Frank tries to walk us through solutions over the… END_OF_DOCUMENT_TOKEN_TO_BE_REPLACED

My wife first witnessed Frank’s skills & work ethic at her workplace where he was the IT Consultant for her employer who had several locations in different geographical areas around metro Vancouver. Consequently, when my wife wanted to purchase a new desktop for her home / office, since Frank had already demonstrated his experience, knowledge & integrity, she contacted Frank. He not only purchased and installed the hardware & software, but also spent the necessary time to train / assist my wife … END_OF_DOCUMENT_TOKEN_TO_BE_REPLACED